Where It All Began: A Short History of the Modern Bathtub

Bathtubs are so commonplace in homes across the world, that it’s easy to overlook their long and storied heritage. When most people look at a modern bathtub, especially an all-bells-and-whistles whirlpool bath, it’s unlikely they’ll spare a thought for where the concept truly began. As something of a remedy to this, we thought we’d take the time to explore the humble origins of the lowly bathtub – and it begins over 5000 years ago.

The very first examples of bathtubs

The earliest discovered evidence of the bathtub was in fact not a bathtub at all, but rather a plumbing system. Copper water pipes used for the purposes of personal bathing were found in India which date back to around 3300BC – almost 6000 years ago – and were attributed to the Indus Valley Civilization. In terms of actual bathtubs, the first recorded example was in fact discovered on the Grecian island of Crete in 1700BC. It took the form of a 5-feet long pedestal tub made of pottery. Of course, because this type of bathing was reserved for the rich and powerful, it’s no surprise that the first bathtub was found in a palace, specifically the Palace of Knossos. 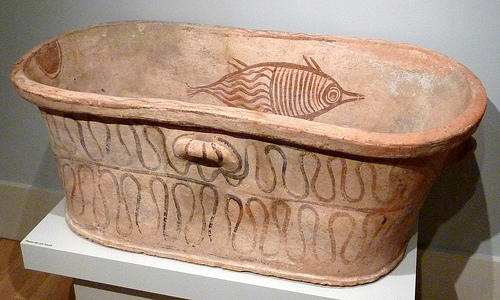 The rise of modern bathing

You may have heard of the Dark Ages, and there’s a reason they have this name. After the fall of the Roman Empire, sanitation all but vanished, reverting back to a much more primitive state whereby bathtubs were not very commonplace at all. In fact, most people used standing water in buckets then threw it out of the window into the streets. Instead of bathing, many people just used perfume… charming, we know. Thankfully, as the Victorian era and Industrial Revolution came about in the 19th Century, modern plumbing was implemented, allowing for the development of complex bathrooms – and, of course, bathtubs. The first truly popular bathtub was the clawfoot tub, which was the “must-have” bathroom item in the late 19th Century. 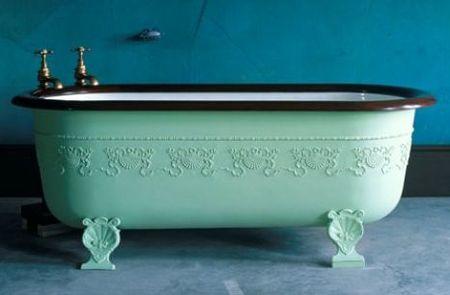 Modern bathtubs and the future of bathing

As the 20th Century rolled on and the modern era took hold, bathtubs became much more refined in their design. The manufacturing processes and the raw materials became more available and affordable than ever before. On top of this, modern plumbing in public infrastructure and private homes allowed for bathtubs to become the everyday items they are today – a far cry from those poor folks throwing dirty water into the streets! Now, in the 21st Century, technology continues to play a key role in the development in the bathtub, with luxurious spa baths featuring multi-jet setups and even complex light and sound systems to create something that is no longer just for cleaning yourself. The modern bathtub has become an aspirational addition to the modern home, making truly luxurious experiences an almost everyday occurrence. Now that’s got to be better than a five-foot tub made of mud, right?

Now that you know the history of the bathtub, which one will be in your future? Be sure to explore our ever-expanding range of modern whirlpool baths, and if you have questions, don’t hesitate to call the team anytime.